Home » About hotels in Siofok » Page 5

About hotels in Siofok

Apartment Hévíz - Hévíz Hévíz Apartment for rent in the center of the spa approx. for 150m to 4 people. If you think that the cold water of the lake has been […]

New Local Apartments - Rent Apartments in Siofok Balaton near the new local beach, the family house with 2 separate apartments for rent, for 6-8 people per apartment. Floor: 4 […]

Apartment for rent Zamárdiban nice neat plot, ping-pong table, close to the free-beach. The apartment is designed with 2 bedrooms, hall, kitchen, bathroom and terrace for 4 people. […]

It was successful in this year's camping season

Balatontourist Kft. is planning to expand its network from 2021, whose accommodation fee income this year is expected to increase by 8 percent and exceed HUF 2 billion, Gábor Nagy, managing director of the company with a network of ten campsites in Balaton, told MTI after the last unit is also closed. Gábor Nagy said that the traffic brought the expectations, camping holidays are becoming more and more popular not only abroad, but also among domestic travelers. He added that there is already a lot of interest, many pre-orders for next year. END_OF_DOCUMENT_TOKEN_TO_BE_REPLACED

The Rural Development Program provides support to approximately HUF 106 billion in 12 call the Ministry of Agriculture for Forest Management, which play a key role in afforestation in - said Minister of State for Small Nicholas Rural Development, the Ministry of Agriculture, Balatonfüred municipality and the Bakonyerdő Ltd. joint tree-planting action on Wednesday Balaton.. END_OF_DOCUMENT_TOKEN_TO_BE_REPLACED

The electrification of the North Balaton railway line has started

The electrification of the North-Balaton railway line between Szabadbattyán and Balatonfüred has started, and several stations will be rebuilt on the affected section, Vasútvill Kft. Told MTI on Thursday.
The investment will be implemented within the framework of the Integrated Transport Development Operational Program (IKOP), from approximately HUF 23 billion of EU and state support, based on the order of the National Infrastructure Development (NIF) Zrt. The public procurement tender was won by the ÉB 2018 Consortium established by Vasútvill Kft. And R-Kord Kft. END_OF_DOCUMENT_TOKEN_TO_BE_REPLACED

Rescued wild cats are released back into the open in Balatonfenyves. 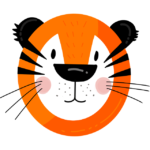 Two rescued wild cats will be released into the open at the Budapest Zoo and Botanical Garden, as well as local conservationists on Tuesday near Balatonfenyves. END_OF_DOCUMENT_TOKEN_TO_BE_REPLACED

Hungary 365 - Seventeen thousand pictures were received for the competition

Started in Hungary, the Hungarian government launched by 365 photo competition jury of the material; competition for the presentation of the values ​​of the country's approximately 4,700 professional and amateur photographers called a total of 17 thousand pictures. President of the jury Kaiser Otto photographer, Eva members in Eastern and steer Emmo photographers, photo historian and Klára Szarka Mark Tassy, ​​director of the Association of Hungarian tourist. END_OF_DOCUMENT_TOKEN_TO_BE_REPLACED

Balatonfüred Gastro-festival visitors can enjoy restaurants and wineries around Lake Balaton supply of the second weekend of November, when the tradition of St. Martin's Day goose colorful cultural programs are available here in addition to summoning - MTI on Friday briefed on the program organizer. END_OF_DOCUMENT_TOKEN_TO_BE_REPLACED 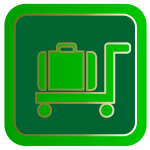 Hungarian tourism is experiencing its golden age, and never has so much support been available to the sector as now, said Zoltán Guller, CEO of the Hungarian Tourism Agency (MTÜ), at the Tourism Summit 2019 conference on Monday in Budapest. In his welcome speech, he explained that last year more than one and a half times as many tourists arrived in Hungary as there are inhabitants of the country, the increase in the income of accommodation exceeded the world average, the number of foreign tourists increased to twice the European Union average, the occupancy rate of domestic four- and five-star hotels is almost 80 percent . END_OF_DOCUMENT_TOKEN_TO_BE_REPLACED

More boat is supplied from the Sio-channel, taking advantage of short-term opening of the Sio-lock to reach the Danube to Lake Balaton and the Balaton to the Danube before beginning approximately two-year-circuit traffic due to reconstruction of the water level control structures.

Siklos Gabriella, spokesman for the National Directorate of Water MTI said on Tuesday, lake water discharges started in 2019 on 16 October will shipping the Sio-channel possible, putting more ships you want to live, the lock operation started from the Danube. The boats started on Monday in Keselyűsből, is expected Thursday night or Friday morning arriving to Siofok - detailing. From the lake to the lock operation will be on 23 October, receiving a towing vessel involved measuring tasks in water management according to the information. END_OF_DOCUMENT_TOKEN_TO_BE_REPLACED

As he said, the artificial intelligence country strategy is expected to be ready by the beginning of next year, with the birth of which the country's competitiveness will be placed on a new foundation. On the zero day of the Infotér conference, which will last until Thursday, the Minister of Innovation and Technology presented the Artificial Intelligence Action Plan, which is the first action package of the country strategy being prepared. He said: the priority goals of the action plan include raising awareness of the importance of artificial intelligence within society, as well as the creation and operation of appropriate institutions, such as the launch of the Center of Excellence as a research field in 2020. END_OF_DOCUMENT_TOKEN_TO_BE_REPLACED

Sio-opened the floodgates for water, Siofok, 2019 October 17, the initial investment is high, it is possible to cruise on the Canal

The Siofok water level control structures opened the Sio-airlock Wednesday for reconstruction starting next month, following the end of the month water discharges will fall by 3-5 centimeters water level of the lake, but it is possible for shipping to the Sio-channel - turns out the Central Transdanubian Water Authority Thursday's response to questions sent to MTI. END_OF_DOCUMENT_TOKEN_TO_BE_REPLACED

positioned in Tihany Balaton Limnology Institute (BLI) over the renewal of Balaton research that can operate more significant resources than ever expected to - said Francis Jordan, the director of the institution, appointed in April to MTI. The BLI to the Ecological Research Center (WC) is one of the research base, which was recently the Hungarian Academy of Sciences of the Eötvös Loránd Research Network (ELKH). END_OF_DOCUMENT_TOKEN_TO_BE_REPLACED

Varga Winery: produced fewer grapes, but the quality is better

Varga Winery has finished its harvest, ten percent less grapes were processed this year than last year, but the quality was better than in previous years. Like last year, the winery is expected to sell 14.5 million bottles of wine this year, the company told MTI on Monday. 18.5 million kilograms of grapes were processed on the winery's two estates, ten percent less than last year, 11.5 million kilograms in Badacsony and 7 million kilograms in Eger, owner Péter Varga said. He justified the decrease with the drought of the harvest months and the exhaustion of the plantations due to the high yields of the previous two years. He added: the quality has become better than in previous years. END_OF_DOCUMENT_TOKEN_TO_BE_REPLACED